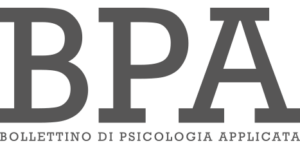 Perfectionism is considered a multidimensional and transdiagnostic personality style that can occur in severe forms of personality disorders. The aim of this study is to explore the acceptability and the feasibility of an integrative mindful compassion group intervention for patients who were diagnosed with personality disorders and
reported prominent perfectionistic traits. We pilot-tested an 8-week group intervention in a sample of patients (n = 5) who had completed individual psychotherapy. The intervention integrated mindful compassion practices with the
perfectionism social disconnection model. Primary outcomes were the accessibility and feasibility of the intervention as evaluated through quantitative and qualitative measures. Secondary outcomes were differences between pre- and post-assessment in perfectionism traits and self-criticism. Neither adverse events nor drop-outs were reported. All the participants confirmed high acceptability and positive outcomes in terms of developing new healthy strategies. At post-assessment, the perfectionist dimensions that had shown the highest scores at the pre-assessment exhibited a
reliable change. The study highlights the acceptability and feasibility of the proposed intervention. Further researches are needed in order to confirm the suitability of the intervention.
SHOW FULL ARTICLE

Mindful compassion for perfectionism in personality disorders: A pilot acceptability and feasibility study

As van Nieuwenhuijzen et al. (2009) persuasively noticed, health and mortality are affected by behaviors such as excessive alcohol consumption, poor diet, physical inactivity, hazardous motor-vehicle driving, risky sexual behaviors, smoking, and illicit drug use. The widespread tendency torisky behaviours among young people and its con- sequences on their health have stimulated studies about the dynamics and the predictive factors of such behaviors (Koven, McColl, Ellis & Pickett, 2005; Moore & Parsons, 2000).

Although data about the prevalence of each of these risky behaviours are conspicuous and very clear, we know less about the patterns of occurrence of such behaviours among individuals. Previous studies of multiple risky behavioral patterns indicated that risky behaviors do not occur at random and often  ccur together in specific combinations (Fine, Philogene, Gramling, Coups & Sinha, 2004; Raynor & Levine, 2009). However, research on cooccurrence of health risk behaviors has mainlyfocused on adults, and even though studies on ado-lescents suggested that these health risk behaviorstended to cluster (Mistry, McCarthy, Yancey, Lu &Patel, 2009), such clusters might differed in func-tion on gender, age, and socio-cultural influences.Similarly, several studies have been addressed toexplore whether there is a general risk appraisaltendency. Various investigations indicated that cor-relations between the ratings for different types ofrisk were high suggesting the notion of a broad risk-appraisal factor (Zuckerman, 2007).Various researchers have attempted to detectthe relationship between perception of risk andrisk-taking.

The typical prediction is that riskappraisal is negatively correlated with risk-takingbehavior: the higher the perceived risk of a behav-ior, the lower the propensity to engage in thatbehavior. However, the opposite relation – a posi-tive correlation between risk appraisal and behavior– has also been observed: the higher the perceivedrisk of a behavior, the higher the tendency toengage in it (Mills, Reyna & Steven 2008).The models attempting to explain risk-takingand risk appraisal in adolescence have often adopt-ed multi-perspective view (Boyer, 2006; Jessor,1998). Biological (Laviola, Macrì, Morley Fletcher &Adriani, 2003), psychological (Pirkle & Richter,2006; Reyna, 2004; Schwebel, Severson, Ball &Rizzo, 2006), interpersonal, and socio-cultural(Eisenberg, Neumark-Sztainer, Story & Perry, 2005;Kiesner & Kerr, 2004) determinants have beentaken into consideration.Among the psychological determinants of riskappraisal and risky behaviours, a particular atten-tion has been devoted to possible influence exertedby the sensation seeking that seems to have a sig-nificant role in the origin of risky behaviours, espe-cially in adolescents (Hansen & Breivik, 2001; Fish-er & Smith, 2004; Roberti, Storch & Bravata, 2004;Zuckerman, 1979).Sensation seeking is a trait defined by thesearching of varied, novel, complex, and intensesensations and experiences, and the willingness totake physical, social, legal, and financial risks forthe sake of such experience.

Sensation seeking canbe divided into four major characteristics: thrill andadventure seeking, experience seeking, disinhibi-tion and boredom susceptibility (Zuckerman,2007). Thrill and adventure seeking is a person’sdesire to engage in physically risky activities such asrisky sports and the enjoyment of frightening expe-riences. Experience seeking is the need to seek expe-riences through the mind and senses. Boredom sus-ceptibility represents an aversion to monotony orlack of change and a preference for unpredictable16situations.

Disinhibition is the desire to seek socialstimulation in unhinibited social activities and mayrepresent a type of sensation seeking more relatedto nonconformity and impulsivity. Some activitiescarried out by high sensation seekers are not partic-ularly risky, but others such as driving very fast,engaging in extreme sports, getting drunk or highon drugs, and having unprotected sex with a vari-ety of partners do involve risk (Roberti, 2004; Zuck-erman, 2007). In addition, the same Author report-ed significant negative correlations between theSensation Seeking Scale Form V and risk appraisals forcrime, minor violations, and sports, as well asbetween Total risk appraisal (sum of physical, men-tal, and punishment risks) and the SSS-V Total.1.1.

Although many have studied the relationshipbetween different types of risky behaviours, the pat-terns of occurrence of such behaviours are stillunclear. In the same way, the studies exploringwheter there is a general risk appraisal tendencyfailed to find definitive conclusion. Moreover,results about the relationship between risk appraisaland risk-taking – as long as between risk-taking andsensation seeking – seem to be rather controversial.This study aims to investigate, in a sample ofItalian adolescents, males and females, the cluster-ing of risky behaviors and risk appraisal, and therelationship between risk appraisal and risk-taking behaviors. In addition it is intended to ascertain therole eventually played by sensation seeking.

The principals of the two schools, and the parents or the guardians of the students under legal age have been asked for permission. Students who had already attained full legal age signed an informed consent The questionnaires were administered during school hours and the compilation took from 30 to 45 minutes.

We report the descriptives of the clinical measures. Pre-post changes in individual scores were evaluated trough the Reliable Change Index (RCI; Jacobson & Truax, 1991). Reliable changes (RCI≥1.96) were scored by using the normative data of non-clinical samples, since subjects were recruited after having concluded an individual psychotherapy and reported remission from PD’s diagnosis. Pre-post changes in the sample (n = 5) were investigated through Student’s t test, despite the low sample size (deWinter, 2013). Qualitative measures (i.e. the written answers at WOQ and the transcripts of SSI) were explored through hermeneutic phenomenological methods (Rennie, 2012).

No patient reported any adverse events or drop-outs during the intervention. Moreover, all the patients maintained the remission of PD at the one-month follow-up (t2) and the rate of attendance was as expected (no one skipped a session). In respect to secondary outcomes (see Table 3), all the participants reported a reliable change (RCI ranging between 1.97 and 3.15) at MPS and FSCRS scale with the higher score at pre-assessment, except for Participant 4 at FSRCS. A significant difference (p<.05) was found in two (MPS-SO; MPS-OO) out of three of MPS scales, whereas the remaining scale reported a fringe value (p = .056). No one difference was found in FSRCS scales, except for FSCRS-RS (t = 3.04; p = .016; df = 8). All the patients reported a reliable change (RCI ranging between −2.05 to −3.08) at FFMQ-NR, whereas four out of five at FFMQ-NJ (RCI ranging between −1.97 to −2.75). No reliable change was found in the other FFMQ scales with only one exception (Patient 1 showed a reliable change at FFMQ-O). Similarly, we found no differences in the whole sample between pre-and post- assessment at all the FFMQ scales. 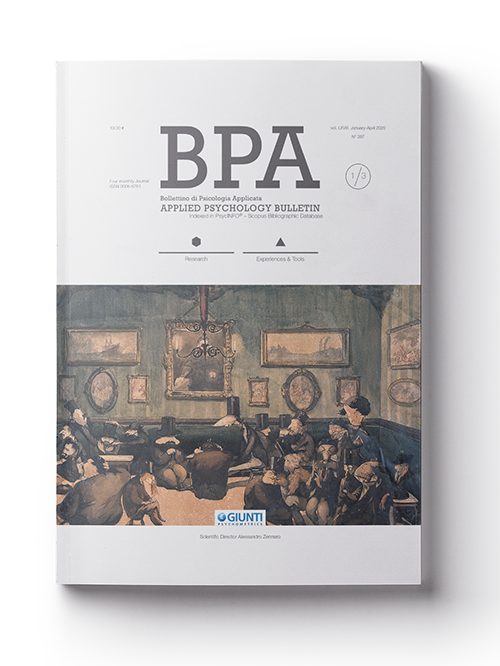 Via Fra Paolo Sarpi, 7/A

How to cite this article